The Magna Carta and Libertarian Tosh 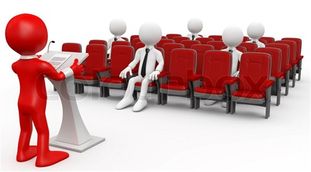 Last evening I popped down to my local university to listen to a lecture on the Magna Carta by a certain Cross-Bench Senator proud of his ‘Libertarian’ credentials. The lecture was presented by the university Law Students Society.

Things have certainly changed since Mordechai was at university!

In those days an opportunity to listen to and question a controversial politician was too good to pass up. What fun could be, and was usually, had.

Dismally, last night some 25 souls, including a bored and listless Faculty Dean, attended. The attendance spoke volumes about today’s generation of students and their interest in the cut and thrust of intellectual challenge outside their narrow curriculum.

In the event, the ennui of the absent student phalanx was somewhat justified. The Senator was predictably thirty minutes late and was introduced by a mumbling youth who, if Mordechai is any judge, will never cut a dash in a courtroom.  Disappointingly the certain Senator proved to be not only a total intellectual lightweight but as boring as bat-shit to boot.

He mumbled his way through a barely audible and extremely short address – short in duration, short in content and certainly short in ideas – an address that barely even touched upon the supposed subject for the evening, viz. the Magna Carta.

After his less than snappy presentation he fielded a number of questions with political banality. Your correspondent asked about the notion of ‘Obligation’ inherent in the Magna Carta and how that notion sat with the certain Senator’s libertarian credentials. I was treated to mumbled blather about people having to be responsible citizens!

An extremely worthwhile question was posed by another obvious non-student – an older gentleman with a Welsh accent who proved not be a Welshman at all [?!]  This worthy raised the interesting point about citizens being treated as subjects. This provided the certain Senator with the opportunity to ramble on about the Trans Pacific Partnership and the wonders of the free market. Yeah - Right on Bro!

Before your correspondent could ask another question – about the contradiction in the certain libertarian Senator’s voting history in blocking the Liberal Government's legislation by supporting the arch-étatist Labor and Greens parties, the mumbling youth called the meeting to a close. He presented the guest with a university sweater and the certain libertarian Senator was whisked away in his fully taxpayer funded limousine.

All in all I came away thinking that it had all been very much about nothing. But uppermost in mind was the sad realisation that all is not well in the halls of contemporary academe – such an intellectual minnow would not have gotten off so lightly during my university days!