Islam and Politics in Australia 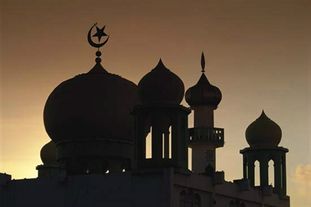 Yesterday’s launch of the Australian Muslim Party [AMP] should serve as a compelling cultural notice to all Australian politicians.

Australia has welcomed many races, nationalities, creeds and religions to its shores but this is the first time a specific cohort of immigrants has chosen to push its specific interests through its own political party.

It is a particularly significant development in that, within the Islamic world, politics and faith are indivisible. Thus Australia now has its own specifically faith based political movement whose agenda, under the tenets of its faith, is the advancement of Islam.

Irrespective of its likelihood of electoral success, the very founding of this party speaks volumes about the nature of its target constituency and the willingness of that constituency to assimilate or integrate into mainstream Australian society.

Previous immigrant cohorts, be they secular Europeans, Christian Orthodox, Hindu, Buddhist, Sikh, Confucian et. al. have never requested, demanded or expected special treatment or recognition of their religion, creed or race. They arrived in Australia, helped each other and got on with it.

It is axiomatic that any mendicant group will press the envelope and generally   the more they get the more they expect. There is a strong public perception that this seems to be the case with recent Mohammedan refugees.[1]

They arrive in this country with limited English language skills, little education and, more importantly, little understanding or appreciation of Australian culture and mores. They remain close to those with whom they can identify and communicate with and thus an enclave or ghetto is created. Once an enclave is established it establishes its own social dynamic.

Unlike previous enclaves of immigrants, religion provides the social glue of the Mohammedan communities and within a short period of time a mosque is constructed, often sponsored by Middle Eastern charities and community grants. The faith is preached and conducted in Arabic and, being the integral facet of the adherent life, a further, immutable and self-perpetuating rivet is driven into the social dynamic.

All the while the new refugee community is sustained by social services – and as a mendicant group they expect more. At least, that is how the narrative will have it.

In addressing this question it is important to ask how many adherents in Australia does Islam have – in other words, how many Mohammedans are there in Australia?

Thus only 2.2% of our population is actually of the Mohammedan faith – however, this seemingly miniscule but vociferous segment causes a disproportionate amount of angst and actual problems for the broader community. Why?

One doesn’t need to be a social scientist to ascertain why many Australians find the very conspicuous Mohammedan migration to this country confronting.  A high percentage of Mohammedan migrants clearly want to retain and demonstrate their separateness. The various burqa, abaya, hijab, niqab, chador and chadri female dress and the male thawb serve as the proverbial finger to Australians and Australian culture.

There exists a widely held perception that this segment of the community is overly pandered to by politicians – the case of the squeaky gate – and that they are the recipients of a disproportionate level of social services largesse.

There exists a perception that Mohammedans in this country are masters of special pleading – they expect and have been given special schools, exemptions from school dress standards, singing national anthems, special food, exemptions from removing headwear and so forth all of which serve as a tangible irritant to the Australian body politic.

The fact that so many live in closed communities and either refuse or have difficulty in speaking English furthers broader community mistrust. Evidence the lamentable Grand Mufti of Australia, Egyptian born and non-English speaking Ibrahim Abu Mohammed. His ill-conceived and internationally deplored statement on the Paris slaughter was not only an embarrassment to Australia and Islam, it confirmed what many believed to be the true face of Mohammedanism.

The fact of Islam’s bloody war on Western Civilisation; the existence of Islam militant in Australia; the history of actual and aborted Islamic terrorism in Australia; the ambivalence of the broader Mohammedan community response to these attacks together with so-called Australian Mohammedans seeking to fight for the very organisation with whom Australia is militarily engaged, leaves for most Australians an unpleasant taste in the mouth.

Arguably, the wisest path might be the consistent use of the apparatus of the state to quash terrorism together with the consistent demand and expectation of accountability from the Mohammedan community. By accountability is meant that it is totally incumbent upon that community to demonstrate in a practical and tangible way that it has distanced itself from Islam militant. Until it does so it cannot but expect to be suspect.

Mohammedans in general must unequivocally shriek out and condemn the Paris slaughter and other such evils committed in their name; they must turn in those psychopaths involved in Islam militant and, finally, those Imams that give such succour and support should be deported.  Then, and only then, will the broader Australian community - in all its rich diversity - feel safer and confident in the company of their Mohammedan neighbours.

A final and further question unsatisfactorily answered by government is why Australia, given its Judaic Christian heritage, fails to give priority to persecuted Christians fleeing the Middle East. Such a refugee cohort would instinctively have more in common with Australian values; it would through the Christian churches be more amenable to integration with mainstream Australia and would thereby have a head-start to being productive members of the community.

Endeavours by this writer to elicit an answer to this question from government ministers have met with a blank.

Australia is poorly served by its leaders, most of who choose to pray at the altar of appeasement. Because of this lack of political testicular fortitude, Australians concerned about Islamic immigration and its concomitant problems are either ignored or worse still, actively censored, as happened to this writer yesterday. Thus are they driven into the arms of the more virile and virulent extremist parties?

The timing of the launch of the AMP was either abysmal or provocative. Events in Europe signpost the future; and in this direction, it is to be hoped that Australian Mohammedans ignore the narrow allure of a faith based party and, as integrated Australians, involve themselves with one of the mainstream Australian parties and engage in political dialogue of a broader, national interest.

[1] Note. I use the old style term Mohammedan to denote those who follow the Prophet Mohammad. Islam is a collective noun used to describe the Mohammedan faith or world view.