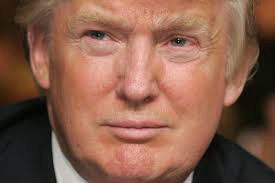 Given that everyone in the High Street has an opinion on Trump – why not me? Why not indeed? Because I must be the only person in the world who doesn’t have a particular view on Trump. Trump is Trump. He is an exotic nonpareil – if that constitutes an opinion there you have it.

This essay is however not about Trump, per se. It is about the effect of Trump on the political demographic. As to his worthiness or otherwise as a resident of the White House I might make the observation that this distinguished piece of real estate has been home to a most motley and oft undistinguished raft of residents including tree choppers and revolutionaries; drunks and theatre goers; cripples and philanderers; peanut farmers and actors; moral degenerates and draft dodgers and an incumbent failed fence mender and putative traitor – so why not a wall builder – or at least a hotel builder. It all makes as much sense.

But to return to the title of this essay – apart from sounding like a political thriller – this is a phenomenon that will be seen to have redefined political factional description.

Trump has rendered traditional terms such the political ‘left’ or ‘right’ to be so inadequate and confusing as to be useless. Trump is standing as a Republican candidate, albeit without the blessing of the hierarchy or the elites of the Republican Party. This party is generally assumed as being on the conservative side of American politics. Their opposition, the Democratic Party, is supposedly the party of the working person and is generally representative of the social-reform and progressive side ergo left side of politics. [Note: This has traditionally varied in some southern states.]

Both parties however have their traditional power bases eg. the Christian lobby, business, small business and a large blue collar segment support the Republicans, whereas social progressive professionals, blacks, academics, the public sector and media and the welfare lobby support the Democrats.

It should be noted that both parties have their own elites and political dynasties – it is these that have traditionally called the shots. Both parties are however in thrall to their various and powerful lobby groups upon whom they rely for cash and organisational support.

None of this is very much different from politics across the liberal democratic world. But then came Trump.

Trump, putatively a Republican, has raised the populist standard. For this he has been pilloried mercilessly and hysterically by political elites from across the political spectrum, by the media almost en masse and by most political commentators.

Why? Because he is a loose cannon and refuses to be dismissed into an ideological pigeonhole. By contrast he articulates the inchoate views of the broad mass of the people. Trump is neither fish nor fowl. He is a deal maker who would build a wall along the Mexican border and yet allow a transgender person their own choice of washrooms.

His support base is blue collar working class, metropolis urban [see NY], Bible Christians, middle class, small town America and so forth. His is an appeal to multiple voting cohorts that transcend the traditional electoral divide.

It might be more accurate perhaps to identify those social cohorts that do not support Trump – namely the traditional party elites who fear his unbridled independence; big business who fear his populist fiscal policies; academics who to a man, woman, per/son/daughter abhor him out of intellectual snobbery; quite obviously the social welfare and the migrant lobby groups and the public sector workforce who worry about close scrutiny of the public service.

But in the main, the Trump phenomenon appears to transcend the social and party divide. It has turned the notion of ‘left’ and ‘right’ on its head and has, rather, inverted politics. The new radical is a federalist who argues for a reduction in government and government spending. One who understands that government money is taxpayer’s money that has to be collected not from some abstract entity called the taxpayer, but from you and me. The new radical Is one who believes passionately in freedom of speech and expression; freedom from the stultifying chains of political correctness; freedom to be able to hike, camp, swim and fish; freedom to own guns within reason; freedom to have a say in who comes into their country; freedom of religion; freedom from societal engineering and, perhaps most importantly, a recognition of individual obligations and duties towards fellow citizens and to country.

By contrast the new conservative is the etatist and centralist who believes that the source of authority and power lies in government. This person  argues for more centralised state control; more regulation to enforce societal cohesion and acquiescence to social policy; more control over public broadcasting; control over the economy; increased and diverse immigration and above all, that government spending is the answer to most societal problems.

Through the Trump prism both Clinton and Cruz can be seen as being ‘right’ wing. They reflect traditional elite control and their raison d’etre - the business of politics as usual.

It is a long way to November and no one is sure whether in fact Trump will even make it that far. But his candidature has certainly changed the character of American politics. He has given hope to millions that their voice can be heard above the bellowing and special pleading of the market place.

It will be a great pity if the one timely and prime lesson in politics being delivered by Trump – namely, audite populi, listen to the people – is not taken to heart by aspiring and future politicians in both America and the democratic world.