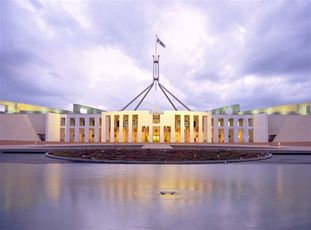 It is a peculiarity of politics how one political issue readily transmogrifies into another. The debate about the redefinition of marriage is case to point. This has extended beyond being a moral and cultural question into a major test of participatory democracy.

The formal and national re-definition of marriage should be a question that transcends petty party politics. Given its primacy as a fundamental institution in our society, it is not a matter to be trifled with. It is rather a subject on which all Australians are entitled to have a say.

Notwithstanding, the Leader of the Opposition, confirming the Greens/Labor Axis, succumbed to partisan demands and rejected the proposed plebiscite on the question, effectively refusing the public a say in the matter.

That the alternative Prime Minister can openly and proudly deny the public a rightful say on such a major decision is a travesty of political process. Furthermore, Mr Shorten has expressed the view that parliamentarians alone have the intellectual facility to decide such matters, not the general public. Aside from exhibiting breathtaking arrogance, in doing so he has fundamentally expanded the debate into a challenge to participatory democracy.

Over the centuries our forefathers have fought and spilt blood against kings and tyrants for the principle of having a voice in government. For the Australian people to be treated with such open contempt by a parliamentary leader is tantamount to betrayal and treason. Our forefathers fought for representation through parliament not for the tyranny of parliament.

There is however a disturbing corollary to this parliamentary contempt. Having been denied a voice – was there a roar of disapprobation from the multitude? Aside from the Christian communities, the intellectual right and a handful of commentators, the answer is no.

This is indeed a tragic and critical reflection of the state of Australian politics.

How did that once robust democracy that was Australia descend into such a slough of indifference? Doubtless political scientists could advance any number of erudite papers on the subject - but the unadorned truth is far simpler – that we Australians have, with eyes wide open, let ourselves be emasculated by a lengthy cultural war waged by derivative cultural Marxism.[1]

The gradual and effective process of deconstructing our society has, in broad terms, been dubbed the culture wars. It is a class of warfare that has not passed completely unnoticed by the general public: many have railed against incremental changes to the education, legal and social service systems; journalistic decline; the gradual liberalisation of social mores and so forth. Indeed, the general public often disapproved of these changes but, in the absence of a cogent point of reference to counter them, it resigned itself, however reluctantly.

Those properly culpable are the collective dummkopf politicians of the right and centre right who failed to provide leadership when needed. These, in their preoccupation with economic matters, deliberately ignored the ample warnings given by their more intellectually agile supporters. Such politicians, in their deliberate ignore, rewarded their enemies in academe, in the arts, in education and so forth. What they didn’t realise was that this was an enemy that was not to be bought off.

We are now paying the price of their culpable negligence. We now meekly accept all manner of societal ‘innovation’ that would have been thought unthinkable even thirty years ago. There is change and there is change – and change is a natural dynamic. But much of our contemporary societal change goes far beyond normal and natural social evolution – it is change driven to the point of being blatant social engineering.

This general election is particularly interesting inasmuch it clearly reflects the breakdown of traditional political certainties and political party loyalties. Today’s voter is confounded by:

A country that is clearly in an economic, political and social quagmire.

A political process that is seemingly inadequate to the task of effective government.

An electoral system that rewards the least deserving.

A capital city that is the bastard child of compromise and out of touch with the reality of Australia.

A discernible political class whose primary interest is the status quo and its own interest.

A general state of political malaise compounded by the moral turpitude of the political classes.

A political climate operating on the top-down principle of Lenin’s democratic centralism through which politicians not the public determine the agenda.

A new generation of voters who have been educated in the substance free, moronic relativism that constitutes the contemporary Australian curriculum.

A generation of voters who have had it too easy and have come to expect government as being their God-given font of all largesse.

A Coalition that stands for nothing, led by a treacherous liberal progressive and millionaire banker, whose political instincts are centre left and who has graced this country with a ‘nothing government’ for the past six months.

A Labor Party led by an unpopular and discredited union apparatchik and creature of the left.

A hard core left, quasi-totalitarian ‘Greens’ party whose pernicious policies – largely unread by its legions of ‘useful idiots’[2]  - would bring ruin to Australia’s economy and totally disestablish and destabilise the nature of Australian society.[3]

A couple of erratic and idiosyncratic ‘independent’ parties named after their professional political leaders and supreme egotists who either lack the intellect, courage and grace to attend Parliament regularly or are intent on muddying the waters to satisfy their personal animosities.

A cluster of independents and single issue parties driven by ego, satire and other nebulous reasons.

A Public so utterly dejected, disenchanted, disillusioned, cynical and weary that it has virtually abrogated its right to the franchise.

And we call this liberal democracy!

I have previously and stridently declaimed in these pages upon our inertia in allowing our political elites to get away with their appalling stewardship of our country.

It has long been my firm view that one of the root problems with Australian politics is its capital city, Canberra. As noted above it is the bastard child of compromise inasmuch our Founding Fathers had to appease both the Sydney and Melbourne lobby as to their choice of capital city.

The very notion of a city devoted to the business of politics is as bizarre as it is dangerous. Not only is it a net importer of national wealth, it engenders an unhealthy culture of elitism, etatism, grandiloquence and separateness.

“The idea of an isolated, independent, self-serving city whose very raison d’etre is the government of a country, necessarily removes policy makers from the real world about which they are making policy. Canberra is a centre for bureaucracy of every kind - away from their friends and family, surrounded by fellow politicians; political apparatchiks; bureaucrats; lobbyists; sycophants and journalists. They are indeed far removed from the affairs of the real world, cosseted in an unreal political hothouse. For many politicians the real world soon becomes the capital itself.”[4]

Once ensconced in Canberra politicians are readily traduced by the overweening liberal-left culture of the city. This culture is embodied in the public service; in academe; defence; treasury - indeed the entire apparatus of our national state. The numbers of firebrands that have been despatched by their electorates to shake-up Canberra only to become damp squibs are legion.

This election provides each and every one of us the opportunity to send, loud and clear, that clichéd “message to Canberra” as to our feelings. It provides us with the opportunity to break the cycle of ‘same old, same old’. Have we the courage to break our traditional voting habits and inject some dynamism and scruples into our national capital and our parliament?

In seven days we will have the opportunity to reclaim the political agenda.

Courage and change or the same old same old – our choice!

[1]“Emanating from the Frankfurt School of social theory in the interwar years, Cultural Marxism incorporates deep analysis of the cultural traditions and foundations of bourgeois society in order to undermine same by ‘Critical Theory’. Thus language, religion, education, the family, justice and law, government and the arts are prime targets for deconstruction. From these critiques emerged the multiple notions of ‘isms’ in society such as multiculturalism, racism, sexism, ageism and so forth which in turn evolve into the overarching and freedom crippling notion of political correctness. Thus by destroying the social fabric of bourgeois society might the new ‘enlightened’ society – the Kingdom of Heaven on Earth - emerge from its embers.” [Coe:2012]

[2]Useful Idiot : Coined in the Soviet Union shortly after the Bolshevik Revolution to describe one who provides unthinking/unquestioning support.

[3]Note: the very fact that the Greens/Labor Axis will not allow the public a say in the matter of marriage re-definition is strongly indicative of their totalitarian instincts and perception of society.