A Tale of the Populist and the Crony 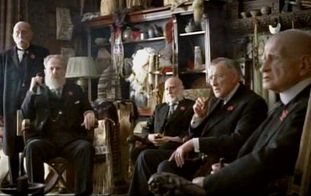 In America’s imperfect political system it was only a matter of time before Populism and Cronyism, met on the hustings.

In a few weeks’ time, provided both imperfect candidates make the distance, the question of which evil dominates the United States will be settled.

In the populist corner, Donald Trump the Chump versus the entire might of the political establishment represented by the Grande Dame of Cronies, Hillary Clinton. The former is brash, uncouth, passionate, sexist, politically incorrect, rude and lewd. The latter is a pathological liar, crooked, unprincipled, cold and calculating.  Hobson’s choice. Perhaps?

Trump, to the dismay of the Republican Party hierarchy, capitalised on the general Republican disenchantment with politics and trounced his establishment rivals for a go at the top job. Since winning the nomination the establishment writ large has been hell-bent on tearing him down.

Let us get this absolutely clear. Trump has been staring down every major newspaper, television and radio network in the ‘States. The majority of established Republican politicians have been lobbying against him. Every major think-tank, political commentator, university and school is ranged against him. Most of the churches are ranged against him. Immigrant groups rail and rally against him. He has been objectified as the subject of derision, horror and vilification and he is pilloried as the anti-Christ. This is all before his enemies, the Democrats and his opponent get to have a go.

By contrast Hillary Clinton has had a relatively dream run in the election build up. Both political parties love their political dynasties – one of the many flaws in an imperfect system. Clinton is the second half of the emerging Clinton Dynasty. Cuckolded wife of a morally bereft president; a failed former Democrat contender and a seriously damaged Secretary of State; she has enjoyed the support of not only her party but nearly all of the aforementioned political actors and agencies.

The contrast between the two candidates cannot be better illustrated. Billionaire Trump, no paragon of virtue and cruddy demeanour, had the temerity to stick his blunt thumb into the effluent sodden eyes of America’s establishment, is paying the price of his arrogance. Millionairess Clinton, despite her dubious business dealings, manifold flaws and obvious shortcomings for the top job, is today’s media darling.

To date it is readily apparent that cronyism is the clear victor. Clinton has on her side all the establishment’s political cronies, be they Republican or Democrat, united in one cause, to keep Trump from the White House. In their endeavours they are supported by an adulating and compliant press and a vanguard of fanatical liberals with eyes only on the new dawn, the Clinton Millennium that will bring the long-awaited Kingdom of Heaven to America. Whoops! Sorry – recycled the same script to describe Obama. Odd that!

The latest revelation of Trump’s crudity – a decade old tape of private and grubby jock-strap burlesque – has caused all manner of righteous indignation amongst knife-wielding Republicans. The sound of Sturm und Drang is positively sickening in its hypocrisy.

No one can condone his comments which were unpleasant and distressing. However, one is reminded immediately of John 8:7 “He that is without sin among you, let him first cast a stone at her.”

Of the legion of jock-strapping Ivy League and college lads that sit in the various American houses of governance one may safely assume that a great many would have made equally offensive and private remarks at least once in their lifetimes. The difference being their private conversations have not been made public.

This substantiates the point about cronyism in politics. The Washington Post has a staffing section devoted to researching and tearing down Trump. The fact that the liberal press can, to date, find only this proves both their desperation and the remarkable lack of ‘dirt’ on the man. The timing of the revelation just days before the second debate is totally predictable. What a shame they haven’t subjected Clinton to the same scrutiny.

Further to this point of arrant hypocrisy, that Trump has been caught making private and offensive comments on tape is, in the world of dirty politics, regrettably fair enough. One wonders however about the ethics of revealing, on camera, the lady about whom he was commenting. Doubtless she was paid handsomely by the Clinton camp for her ‘appearance’.

In the broader context of presidential indiscretions Trump’s comments pale into insignificance when one considers the history of a couple of post-war White House incumbents.

The Kennedy brothers made a brothel out of the White House and the people loved them. The egregious Clinton pissed in the toss-pot of morality by having his member licked by a woman other than his wife in the White House and then lying bare-arsed on television to the American people: and they loved him!  Mom and apple pie; morality; Christian ethics; the all-American way and Presidential dignity - Right on Sucker! Hillary and her cronies are on the way.

Trump has amply demonstrated his strength of will and determination to get so far in the contest. However this last could prove to be the knock-out blow. It will be surprising if he can get up, let alone last the distance. If he does, like him or loath him, you’ll have to admit the man’s got guts.