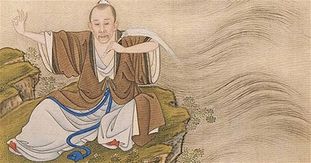 In the early 1980s I raised the spectre of the Spratly Islands as being a serious potential crisis point in international Sea Lines of Communications.

My representations were treated with ignore. I have since that time continued to press the point and, with grim un-satisfaction, I can now point to China’s unilateral militarisation of the South China Sea and, since 1995, fortress construction on the island atolls. China has dropped thousands of tons of sand and concrete on some seven coral atolls in the islands. Mischief Reef now accommodates a military-grade runway and port facilities and, only late last year, missiles were added to its fortification.

In July 2016 the International Tribunal for the Law of the Sea or International Court of Justice ruled that China was in illegal occupation of this man-made fortification.[1]

The ruling by a tribunal at the Permanent Court of Arbitration (PCA) pertained to case brought by the Philippines against China’s sweeping assumption of maritime sovereignty over the South China Sea.

The Panel found that China’s claims of historic rights in the South China Sea were without legal foundation. In a sweeping win for the Philippines, the Panel concluded that China’s activities within the Philippines’ two-hundred-nautical-mile exclusive economic zone (EEZ), such as illegal fishing and environmentally ruinous artificial island construction, infringed on Manila’s sovereign rights.[2]

Significantly, the Panel determined that the Spratly Islands are not islands in the legal sense, but rather, rocks or low-tide elevations. This naturally obviated any claims to exclusive economic zones.

It is instructive to consider this question in its historical context.

Next Tuesday will be the 70th Anniversary of the Peoples Republic of China [1st of October 1949] consequent to the Communist victory over the Nationalist Forces of the Kuomintang. Today that sad county is still in the process coming to terms with its internal problems and its position in the broader geopolitical picture.

China’s assertive projection of naked military power and its militarisation of the Spratly Islands would, at first glance, appear strangely at odds with its geopolitical and cultural history.

However, seen in the context of President Xi Jinping’s ambitious One Belt, One Road initiative it becomes readily explicable. Launched in Kazakhstan in 2013 this is one of China’s boldest ever foreign policies initiatives. It supposedly harks back two millennia when China’s Han Dynasty traded with Asia, the Middle East and Europe through the “Silk Road” of trails and caravan routes. Xi Jinping’s initiative plays upon that purported heritage with an ambitious plan for a new era of trade with the countries along the transport routes, extending from China through Central Asia into Europe. This route will commence in Xi’an and terminate at Rotterdam in Holland. This overland route is to be augmented by a 21st century maritime ‘Silk Road’ passing through Southeast Asia, Africa and the Middle East and onto Venice in Italy.

As ever, foreign policy can never be considered without at least a critical look at the domestic situation. In my long-held view, China’s miracle economy belies domestic volatility. China is home to several intransigent racial and cultural minorities anxious to throw off Beijing’s heavy hand. The economy is overheated and grossly uneven in its spread; expenditure on military hardware and adventurism disproportionate; China now finds itself engaged in a trade war is cannot afford and, as part of the international community, China has now made global economic commitments from which it cannot readily withdraw.

What should be of far greater international concern is the fact that China is led by a dictator presiding over a clique of self-serving and powerful politicians, bureaucrats and military leaders under the guise of ‘communism’.

Considered to be China’s "paramount leader" since 2012, Xi Jinping officially received and assumed the title of "core leader" from the Communist Party of China in 2016. Naturally, broad visionary and emotional strategies suit his leadership interests – evoking the ‘glorious ghosts of Silk Road economics past’ is seemingly sound politics. However, he and the rest of the international community, would do well to remember that the slippage of the inglorious Mandate of Heaven brought a sticky-end to many an Emperor.