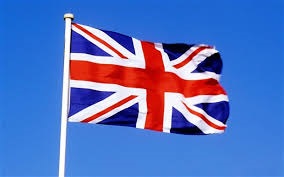 In the rain, the snow and in the sleet; and in the dark over-hung mid-December gloom, the peoples of Britain finally had their say – and they roared unequivocally, “Yes!”

In the case of England and Wales the people gave themselves a massive vote of confidence. They emphatically rid themselves of the procrastinating, bedwetting nappy-masters who for too long had had the gall to call themselves their political representatives: moreover, they showed that they wanted sound and decisive leadership and, most significantly, they demonstrated that they were unafraid to take the next step of destiny in their proud history.

The peoples of Scotland also roared Yes – for or to what, no one, least of all themselves, is quite sure. Perhaps for long-held grievances against all things English; or some Quixotic notion of Rob Roy and Braveheart, hand-in-hand, skipping merrily with swirling kilts and skirling pipes across the misty heather; or perhaps, most likely, they just demonstrated a marked and continued disinclination to wean themselves off the comfortable teat across the Channel? That they would be happy to exchange democratic government from Westminster with tyranny from Brussels is logic defying. But then logic and an excess of nationalism never made good bedfellows. Whatever their reasons at least they roared in parochial unison.

Which is more than did the odd-bods across the Irish Sea. The party that refuses to sit in Westminster garnered more seats than the party that does. How does that work exactly? Is that a Yes? Yes I mean No.

But overall the result is a triumph of reason, a triumph for representative democracy and a tremendous slap-down for the political elites that tried so hard to deny ordinary Britons their birthright – the right to say how they are governed. It is to be hoped that this result will go a long way towards helping dispel the curse of class distinctions that has plagued British society far too long.

Thankfully, the public names of yesteryear – was it only last week – who were rabbiting on about second referendums, about revoking Brexit, re-nationalisation blah-blah are now confined to the trash cans, along with their billboards, posters, their supreme arrogance and their puerile dreams. The prize for the most perceptive journalism must surely go to Russia Today who observed that those who were promising a second referendum failed to realise that this election was the referendum!

The peoples of England and Wales will stand together and face a new future – a new uncertainty and a host of new challenges. They were a formidable team in the past – on Thursday 12 December 2019 they gave notice to the world that they are back!