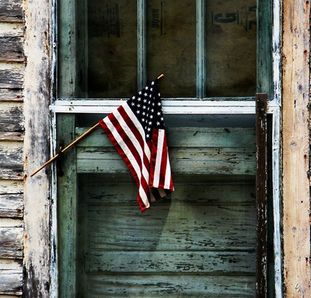 On 3 November 2020, the Republican candidate Mr David Andahl was elected to the North Dakota House of Representatives with some 36 percent pf the vote: ironical really, given that Mr Andahl died of complications from Covie-19 the previous month. This embarrassment was blamed on early voting which, beginning weeks before his death resulted in his posthumous election.

I consider this Gothic story as symbolising the sometime vagaries and shortcomings of any electoral system. Every electoral system has its inadequacies. Libraries are stacked with books about the efficacy of varying models of democratic process. What works in one society often appears unusual or inadequate to another. However, in any democracy - by definition - the political process works through discussion, compromise and resolution.

For the United States this has been a robust election. It has been an election perhaps not all about Trump or Biden but about competing views of what America should be. That was a discussion that the United States had to have. Trump’s lasting legacy might well be that he forced the question. Love him or loath him, he shook the country out of its political torpor. He demonstrated that the profession of politics does not belong to the cosy political class and middle class liberal elites. He provided the working classes – the world ‘class’ is used deliberately in this context - with a voice and with hope. He demonstrated to the elites that huge numbers of ordinary American citizens were not happy with the way their country had been run.

Over the past summer months the eruption of the maleficent cancel culture, the thuggery of Antifa and the highly organised and centrally controlled ‘disorganised mayhem’ of the Black Lives Matter group have amply testified to another under-estimated constituency of discontent.

My great concern is that the brouhaha of the election temporarily extinguished the detail of many election promises – explicit or implicit. I am concerned that many of those that voted specifically ‘against’ Trump overlooked the fact that they voted instead for the entire baggage and expectations of the Democrat left. I am also concerned that for many on the left these expectations are not going to be met – as Obama’s election failed to provide a chicken in every oven and a shiny new automobile outside. Thus the cycle of radical complaint will continue.

However, the judges, being the people, have handed down their judgement. It might have been a strained, indeed an unexpected and complex judgement, but judgement it is. Unlike my political opponents of the left four years ago, I respect that judgement. Should he confirmed, I wish Joe Biden and his Vice President well. I wish America well. I shall continue to respect the office of the President of the United States and I shall continue to respect and hold in esteem the great people of that generous country – to whom the world owes so much.