Hobbes and the Parliamentary Dunnies 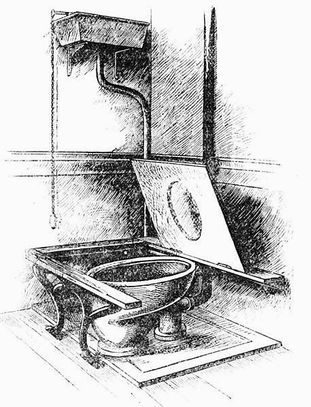 As many of you know I am working on a major study of Christendom. To this end, early this morning in the quiet of my library I was writing a summary biography of the English philosopher Thomas Hobbes [1588-1679].

Writing during the tumultuous years of the English Civil War, Hobbes is known for his seminal work on political philosophy, particularly his views that government should be ‘absolute’ in order to guarantee collective security and safety. His argument, in part, served as prototype for future totalitarianism viz. the surrender of personal liberties for the greater good of the state.

My morning deliberations on Mr Hobbes were interrupted by a call from my wife working in the adjoining study: “Come and have a look at what those crazies in Western Australia have done now!”

She referred me to a breaking news story in The Australian:

Crazy Covid panic: one escape shuts down state: Two million plunged into lockdown, Anzac Day services cancelled after an outbreak at a WA hotel identified as ‘high risk’ more than two weeks ago.[1]

Yet again, by the hands of the Labor Premier of Western Australia, this country’s liberal democratic federation is traduced. Moreover, the lockdown amply illustrates, yet again, a knee-jerk reaction by a government bereft of sound policy and without the mechanisms to deal with a minor emergency. Far more insidiously however, the continual use of lockdowns indicates the natural totalitarian instincts of a certain stripe of politician whose first recourse to a problem is the use of absolute government power to solve it – the very term ‘lockdown’ says it all.

His fellow crypto-totalitarian in Queensland has since gone out in sympathy and will quarantine anyone coming into Queensland from Western Australia.

What nonsense this all is!

There was a time when liberty loving Australians would have turfed both totalitarian-tossers into the parliamentary dunnies. Sadly, what mealy-mouthed and whinging-weaklings we have become. There will be no protest, no civil-disobedience – on the contrary, we will continue to cheer on our totally inept leaders as they continue to traduce our liberty in our vain hope that they know what they are doing - all in the name of keeping us safe!

they're the kind of ppl to put a nappy on a baby and then say 'now thats fixed, we need to stop this poo coming out in the first place!'. absolute morons the lot of them