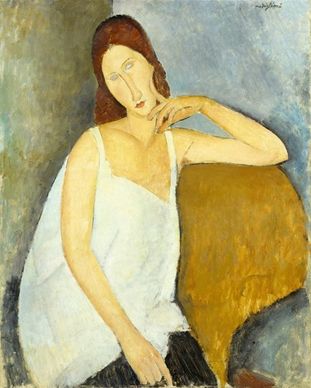 Some of you might have noticed International Women’s Day last week. I was reminded of it whilst at the dentist of all places. A kindly and well-meaning nurse beamed at me with the news. She received a wan smile for her efforts.

I first came across this nonsense whilst working at the Western Australian Museum in the late ‘70s. That egregious institution was a churning cess-pit of what we then knew as ‘women’s lib’. In retrospect it was a significant cell of incipient progressivism. The dominant ideology of the Tea Room Soviet can be summarised as: women are superior and always right, men are inferior and drongos. I loathed them and they loathed me. I rejoiced when the downtrodden and compliant husband [a weakling of the traditional Charles Atlas tradition] of one of the less likeable of the femmes misérables, shot-through interstate with another woman whilst his miserable wife was in hospital in labour to their first child. What joy! Progressive morality at its best.

Moving on far too many years to our contemporary and totally amoral times, I was delighted last Friday [11 March] to be attracted to the following headline in the Christian Institute weekly news from Britain: Two Labour frontbenchers were unable to define what a woman is during media interviews this week.[1]

The promise of the story did not disappoint. Evidently this duo of yoyo’s, being interviewed on International Women’s Day, made damn fools of themselves in their complete inability to define the meaning of ‘woman’. C’mon down Helen Reddy.

For the record, and for any numbskull reading this article who shares their fogginess: Woman. An adult female of the human race. There. Not difficult is it? That definition was extracted without difficulty from the Chambers dictionary that sits on my desk.

So, who constituted this dumb duopoly? No less than the UK Shadow Minister for Women and Equalities, Anneliese Dodds, and Shadow Home Secretary, Yvette Cooper. The font of this ignorance lies partly in the Labour Party’s pledge to remove safeguards in the Gender Recognition Act to enable people to ‘change sex’ by self-declaration.

The critical point here is Mesdames Dodds and Cooper, two foolish women unable to define their own sex, actually have the audacity to seek to govern us. The truth of course, is that in the current political progressive milieu, Mesdames Dodds and Cooper are simply unwilling and too scared to define their own sex. They don’t want to commit themselves and be torn to pieces on social media by assorted femminati or worse, by hysterical deviants.

We are in the mess we are precisely because of the political timidity displayed by these ladies. Politicians have long neglected to use their common sense; they are unwilling to go the hard yards, and they bend to the arrant cobblers of every vocal progressive minority. Contemporary politics may be summarised as taking the path of least resistance.

However, ‘moral cowardice’ is the term that springs readily to my mind.

After two thousand years plus of Western Civilisation we have reached the point wherein our putative leaders don’t even know what a woman is: Pathetic. My oath it’s pathetic - but we are all complicit – whose fault really is it? Whose fault is it that we’ve trashed common sense and chucked the interests of the sane majority out of the window?

Only we, Joe and Joan Citizen, can call a halt to this eternal and malignant naval gazing. Only we can tell the Emperor to put his bloody clothes back on and get back to work.