In Defence of the Sanga 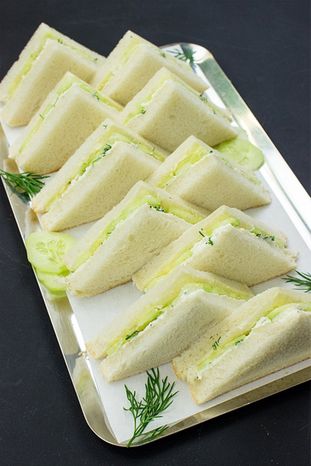 I usually avoid discussing matters relating to the daily grind but, in these grainy days of growing inflation and the lack of readies, I intend to address an important bread and butter issue.

With all due apologies to Karl Marx: there is a spectre haunting our café culture – that spectre is the Unbuttered Sanga.

It has been an unalterable law, a Hegelian dialectic of history, built upon centuries of syllogistic reasoning, that the thesis and antithesis of two pieces of bread, plus butter, creates the synthesis long-known as the ‘basic Sanga’ [some cultures with less advanced consciousness know this as a sandwich].

To discourse briefly on the ‘essence’ of the basic Sanga, following Marxist dogma, any ‘filling’ inserted into the Sanga can only be considered to be analogous to bourgeois superstructure per se. The filling does not change the intrinsic essence of the Sanga. It merely adds to its nomenclature, for the sake of example, a ‘cheese’ Sanga or a ‘tomato’ Sanga.

Let us now turn to the aforementioned spectre: There exists a creeping postmodernist revisionism tendency whose aim is to reduce this dialectic to a pre-Socratic form of utter simplicity, namely, the unbuttered Sanga. This oxymoron totally encapsulates the simple-mindedness of Wokist Class. Furthermore, the bourgeois-faddists flogging these dodgy Sangas provide a classic woke justification for their penny pinching, dialectic destroying and indigestible offerings: Most people today are mindful of their wellness and choose not to have fatty animal extracts in their Sangas.

Apart from the obvious riposte that a Sanga without butter is not a Sanga, I have a most decidedly un-woke answer to this ambiguation – Bollocks.

If a snivelling, mung-bean-munching, soy latte dribbling toss-pot wants his Sanga emasculated, then let him plead his case over the counter. There is no excuse that his ‘mindful-wellness’ should have any bearing whatsoever on the actual reality and pure essence of a Sanga.

There exists of course a far more subtle factor behind this revisionism – the ugly face of Capitalism. The petty-bourgeois cohort of our population attracted to running cafes, ever ‘mindful’ of their own economic ‘wellness’, have alighted upon a splendidly woke justification to embark on cost-cutting at the consumer’s expense.

The question is, are we red-blooded and traditional Sanga aficionados, going to accept these penny pinching bourgeois diktats of commerce, or the faddish diktats of our intellectually and spiritually ambiguated brethren who wouldn’t know the difference between a black-pudding and horse road apples?

How do I deal with this crisis when I find it? Decisively! I open the offending offering, fully exposing it in all its pathetic and unbuttered nakedness. I then photograph same with my cell phone and, having thus done, call the waitress or waiter over – or return same to counter myself as appropriate – and I begin to declaim loudly and at length on the intrinsic essence of a thoroughbred Sanga. I gesticulate with my phone and photo and mutter imprecations about consumer affairs. I have this art perfected to such a degree that I have ceased to embarrass my wife. Indeed, in an endeavour to pre-empt a scene, she hastens to order first, emphasising, to the point of pleading, for the bread to be buttered. Although her entreaties are effective they have deprived me of a lot of fun.

But, to conclude on a serious note – As our Brother in Discontent might well have said: Sanga eaters disdain to conceal their views and aims. Let the Wokist Culinary Classes tremble at the Sanga counter-revolution. Sanga lovers have nothing to lose but their appetite. They have a sandwich to win.