It was a warm spring afternoon when, in the company of the late and much-missed Professor Paddy O’Brien, I swooped gleefully upon the offices of the American Consulate in Perth, Western Australia.

It was Tuesday the 4th of November 1980 and the makings of a splendid party were very much in evidence in the suite of offices occupied by the Consul and his staff. Petit fours and sandwiches, crates of beer and wine, champagne on ice, several televisions, framed photographs of the smiling President under balloons and bunting and a couple of placards exhorting the viewer to vote Democrat. Thus was an office of public service ever so politically neutral!

Taking pride of place and stretched out across one internal wall was a monster map of the ‘States, bleeding red texture pen across its entirety.

Clustered around the televisions were grim faced staffers; there were some tears; desultory conversation mingled with groans of despair and disbelief as the reality of the election outcome began to sink in.

There were a handful of outsiders. Some of the regular cocktail party crowd; a couple of business men, a few freeloaders and then there was us. Paddy and I from the University staff and as friends of the Consulate had been invited, so we brought along a little crowd. Indeed, without us it would have been a most skeletal as well as dismal do.

The Consul and his staff were decent well-meaning people, of whom we were genuinely fond. But to man and monkey they were card carrying liberals – read Democrats. We were there to experience their predictable lamentations concomitant to the rout we already knew was happening – Paddy, who had recently returned from a twelve month Sabbatical at the Heritage Foundation in Washington, had spent much of the early afternoon on the phone from the ’States.

We were witness to an historical occasion, the denouement of that sickening period of 1970s American cringe and the introduction of the decade that was to see America reach the apogee of its greatness. We were witness to the day that Ronald Reagan defied the pundits and, sweeping all before him, consigned the egregious Jimmy Carter to the well-deserved trash-can of oblivion. Reagan’s victory was as complete as it was sweet. Despite the pundits and polls he defeated Carter by 489 Electoral College votes to 49. [Carter carried only six states and the District of Columbia!].  Surging on his success the Republicans won the Senate for the first time in twenty-nine years. It was indeed a humiliation for the truly awful Carter and his coterie of incompetents and limp-wristers.

Reagan had been subject to all manner of disapprobation by the liberal press and pundits to the universal theme of “how could an ‘actor’ ever become a President?” The irony that the incumbent was a peanut farmer seemed lost on them. Reagan was to become one of America’s great presidents. He restored confidence and self-esteem to a country brutally-bruised after its Viet-Nam experience, Watergate, the Teheran hostage crisis and by the general sneering of the international community. He united Americans; he provided leadership and direction and, in partnership with the UK’s Margaret Thatcher, brought about the final collapse of European Communism. Ronald Reagan and his wife Nancy became, not only a couple well-beloved of the American people, but one of America’s universally acclaimed statesmen. Not bad for a so-called B-Grade actor.

If Trump takes a few tips from the ‘Gipper’, the coming few years will prove to be most interesting indeed.

Meanwhile, back at the party in St George’s Terrace, I happily munched my way through a plate of particularly tasty vol au vents. I distinctly remember the fresh mushroom filling …..

As we contemplate this sorrow let us pray for sanity and the final realisation that no amount of anodyne political comment can hide or wish away the evil behind this barbarity. 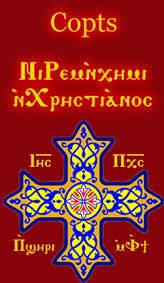 Pause for a prayer, a thought or a sad reflection on the condition of our cultural brothers and sisters in Egypt.

Today: 26 Coptic Christians, including children, shot and killed and 25 wounded.

This attack occurred while their bus travelled the road to Saint Samuel the Confessor Monastery some 220 kilometres south of Cairo.

To their families we offer our condolences. To the remaining community of gentle Coptic, genuinely persecuted souls, we should offer our love, support and sanctuary should they wish it.

That such Horror, such Evil, continues unabated, speaks volumes for the religious culture of their host country.

I weep soft tears for their Innocence

The National Covenant of Obligation

The notion that we all have political rights is generally accepted. It is generally a pleasing notion. What is largely overlooked in our enthusiasm to assert our 'rights' is that we also have political obligations. Not quite so jolly. Obligations generally mean responsibilities and duties. Not so jolly at all. Nonetheless, like it or not, we can't have one without the other. To this end, I have outlined a suggested list of political obligations and some introductory comments which you might find of some interest. I hope you do. Morevover, I'd love to read your views on the subject.

Please look at or click on the Menu button, look under Politics and click on Obligations v Rights.  Happy reading and a most Dutiful New Year to you all. G-d BlessMordechai 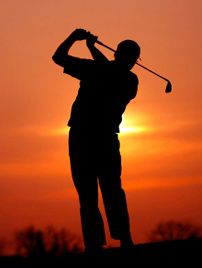 “Labor Day is observed in the U.S. on every first Monday in September”

Meanwhile, back in  Chicago

And from the Tribune ...

Glory be that Chicago is a Gun-Free-Zone!

13Hours: The Secret Soldiers of Benghazi.

Please look at or click on the Menu button, click on More and look for Literature & Film. 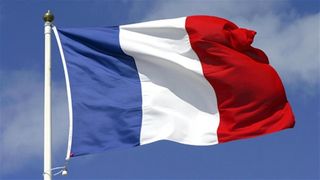 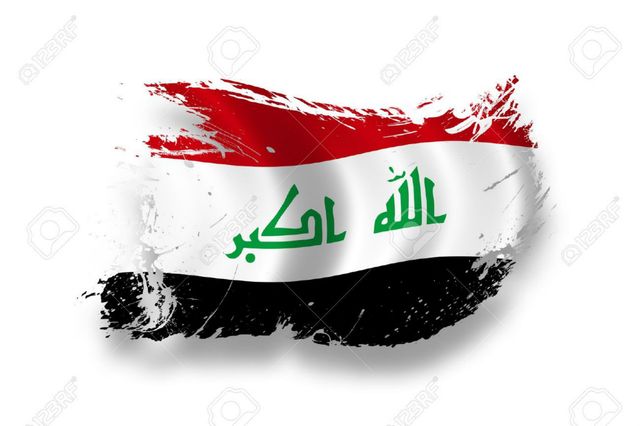 The death toll from Sunday's suicide bombing in Baghdad has now risen to 250!!!

When will this senseless slaughter cease?

Where is the United Nations?

Where is the Arab League?

Do not forget the people of Iraq!

Grieve for the innocent victims of these cowards.

Grieve for the people of Turkey.

Grieve for the madness of the world.

Grieve for the malevolence and incoherence of Man. 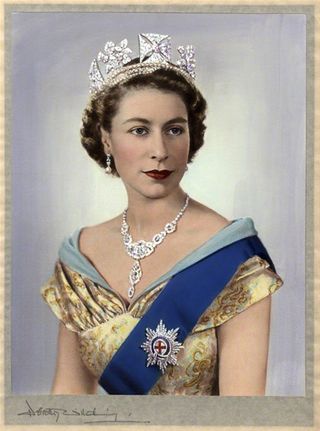 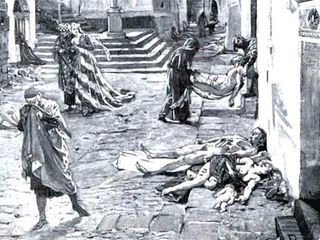 The cancer in Europe cannot be wished away.

May G-d rest their souls and comfort the afflicted.

The Year of the Goat

In accordance with traditional Chinese astrology the year of the Goat is a time for calmness, creativity – a good year for actors, musicians, artists and so forth. We wish them all well. The world is sore need of creativity at the moment.

Perhaps our world leaders could collectively and creatively hide in an acrylic cupboard in Times Square. More bizarre things have been done in the name of art.

Not to be outdone however, Mordechai, to accord with the spirit of the times, is creating a section entitled – Reforming the Beast. The beast of course refers to that execrable gorilla in our midst called politics. Through a series of essays and arguments we hope – not the royal we – but together with my alter ego, to define a polity more responsive to the people, more democratic in nature, more workable, less prone to the high-jacking by vested interests and back room dealings and, ultimately, a polity that distinguishes between good and evil and concerns itself with the discussion about what is ‘the common good’.

Sounds like bollocks. Well maybe. But all art and creativity is based on an element of hopeful endeavour. Unfortunately this particular endeavour is currently dependent upon the good technicians that service this site in their endeavours to remove a particular obstruction curtailing progress. May the Spirit of the Goat be with them.

Pro tem, I hope you like the colour change. Please let me know what you think. All comments are welcome. And let’s all have a very Happy Chinese New Year. Keep away from Mongolian Lamb.

PS. I do have a guest book you could sign!

2014 is about to leave us. The centenary of the outbreak of The Great War, that cataclysmic event in the affairs of men that was supposed to end all wars, passed us by without a great deal of fanfare. Indeed I ask each of you, can you remember the circumstances leading up to that tragedy, let alone the accepted date of its commencement? We humans are slow learners. Reflecting on the Beatles’ children’s nonsense song – we all live in a yellow submarine - perhaps we should all come to the surface occasionally, look around us, and take an interest in a world that, contrary to the lyrics, is in a helluva mess.

You and I can make a difference. We can read the papers. We can say no! Enough already! We can write to politicians. We can vote responsibly rather than ideologically or the way we’ve always voted. We can sign on-line petitions. We can keep in touch. We can go to church, the temple, the mosque or the synagogue. We can lend a helping hand. You name it, we can do it. No matter how old or frail we are. Just a smile occasionally or the odd e.mail goes a long way. Remember, we are all just fellow travellers to the grave. Let’s try and make it as pleasant a journey as we can for everyone. My New Year’s Resolution – to be a nicer and more God fearing person!

I wish you all a Happy and Spiritual New Year.

MERRY CHRISTMAS TO YOU ALL!

After the absurdities and horrors of the last twelve months we all need a few days break. Sadly, for some people in the world the horror and privations of their lives will continue. As we celebrate Christmas let us all pray for these unfortunates and let us resolve to do, what ever little we can, to resolve or at least ease their suffering.

May G-d Bless you all

Given that everbody except the Drover's Dog have had their two bob's worth on that most impossible of all subjects, the MIddle East, so have I. Please turn to my page entitled - with great imagination  -The Middle East.

A lighthearted look at the recent G20 summit in Bribane. My Blog refers.

A couple of inspirational stories from the UK. Please see my Blog.

Tuesday 21 October marked the death of one of Australia's most controversial Prime Ministers. Loathed and revered, his passing marks the end of an era. See my Blog for my take on the man.

The 18th of March 2014 marked the 700th anniversary of the execution of the 23rd and last Grand Master of the Knights Templar. In retropect it was an act of great significance that heralded a new era in European political history.  Please read my essay Misremembered Martyrs in the menu section entitled Knights Templar.