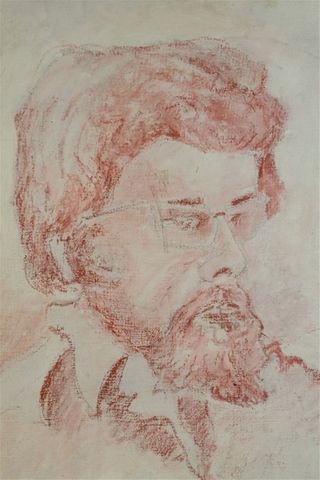 I am a former soldier, political apparatchik and academic. Now formally retired, I am a scholar and political activist.

I am an unreconstructed melange of contradictions. I am a Hobbesian realist; a Marxian idealist and an unashamed Theist. I am a moral conservative, a social traditionalist and a political radical. I believe in most things now considered unfashionable – such as good manners, respect for ladies, elders and my fellows. I have a firm belief that little children should be seen and not heard.

I have a deep and enduring detestation of social engineering, apathy and cowardice. I despise political correctness; relativism; fence-sitters and those that keep their silence when they should speak out. I dismiss any political party, movement or group containing the world ‘liberal’. I respect those with convictions, especially those who hold the public courage of those convictions, irrespective of whether I agree with same. I believe in the inherent superiority and desirability of Christendom and am an advocate of the traditional values contained therein.

I believe in the inherent common sense and the voice of the so-called ‘common-man’. I am unreservedly Australian and am an active advocate of what used to be traditional Australian egalitarian values. And I believe that, consequent to our declining ethical standards, our political structures are failing us and that we are in dire need of a period of thorough political upheaval – violent or otherwise - to cleanse our soiled constitutional stables.

John Coe is an historian and writer.

The son of a British army officer, John was born in Germany after the war and brought up in Malaya. He was educated at Lindisfarne College, North Wales and, after service in the Australian Army which included an extended tour of duty in South Viet Nam as a sapper, John obtained degrees from the Universities of Western Australia, New England and Queensland. He wrote his Doctorate on the Communist Party of Malaya.

He was a journalist and sub-editor of a country community paper and founding co-editor of Amity, the Journal of the Victoria League for Commonwealth Friendship in Western Australia.  John has produced in excess of thirty industry papers for a diverse variety of clients which includes the Wran Committee on Darwin, and has written extensively on military history and has published a monograph on the Boer War. He is the author of four biographies, he designed The Factors of Revolt, a frame of reference for analysing revolution and conceived and edited the seminal anthology, Desperate Praise: The Australians in Viet Nam.

In retirement he is busy as a writer, historian and poet. He enjoys a cold beer or three on a hot day, for which reason he considers himself fortunate to be living in the tropics; and, ever mindful of Sir Kenneth Clark’s observation that “order is better than chaos, creation better than destruction” he remains perpetually bemused at our deprecation of the cultural and intellectual legacy of our forefathers.

Books and Publications include:

Drums & Symbols- A moral argument concerning the affect of the South African War on the development of Australia’s Military Culture (Dept. of Army). Monograph. Published 2005 by the author on CD-ROM.   ISBN 0-646-45658-X

"The Unveiled Coast". In Debrett's Handbook of Australia. (Fourth Edition.) 1989.

In Litt. Dunia Melayu: A Short History of the Malay World.

In Litt. A Detailed Account of Christendom: Decline and Revivication.